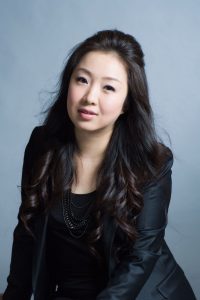 Since young, Zhang Rong Hui studied guzheng under the tutelage of guzheng master, Gao Zhi Cheng. In 1985, she was admitted into the China Xi’an Conservatory of Music Affiliated High School, followed Ning Yong to major in Ruan and minor in piano, given an award by the academy.

In 1991, she entered the China Conservatory Instrumental Department with outstanding academic result, and under the tutelage of Miao Xiao Yun, Zhang Xin Hua in learning Ruan and Liuqin.

After graduation, Zhang Rong Hui formed Ladies’s Quintet while she was with China Song and Dance Ensemble, performed in many provinces in China and was awarded first prize in Ruan section during a Professional Technical Assessment conducted by the China’s Ministry of Culture. At the same time, she was invited to teach in the China Conservatory of Music Affiliated High School. From 1995 to 1997,she was part time at Arts and Culture Department, CCTV. She had participated in many important events and film production.

Since 1997, she has worked with SCO and has been performed in Japan, Beijing, United Kingdom, France, Hungary, Indonesia, Malaysia, Taiwan, Hong Kong and other countries. Zhang Rong Hui’s performing style is pure and beautiful, highly skilled, emotionally rich and full of vibrant.

Zhang Rong Hui is also actively imparting her skills to her students while performing with the orchestra over the years. She was invited to be an inviting guest in a professional Ruan seminar organised by National Arts Council of Singapore. She was interviewed by Radio 95.8FM, China Radio International and Oral History of the National Archives of Singapore, played a significant role in promoting and popularising professional Ruan performances.

During many years of educating and practicing, she has continuously exploring and the pursuing perfection in her techniques, summed up her unique teaching methods and has helped Singapore to nurture a large number of outstanding young musicians. These young talents have won many outstanding awards in national instrumental competitions. Four of them have won the gold, silver

In 2011 and 2014, her student Lo Chai Xia and Koh Min Hui admitted to the state-level Singapore Chinese Orchestra respectively as Associate Principal and Musician. Her student Tan Su-Min has been invited to cooperate with Hong Kong Chinese Orchestra for twice. Zhang Rong Hui has coached many guzheng orchestras which won numerous Singapore Education Ministry’s SYF Gold with Honour and Gold Awards.

Zhang Rong Hui founded the Singapore Ruan Ensemble in 2005. In a few years’ time, the Ensemble became one of the country’s top youth orchestra. The Ensemble has been invited to perform in the presence of many national leaders and dignitaries and travelled to Beijing, Indonesia, Taiwan and other places, praised highly and well recognized by the music profession.